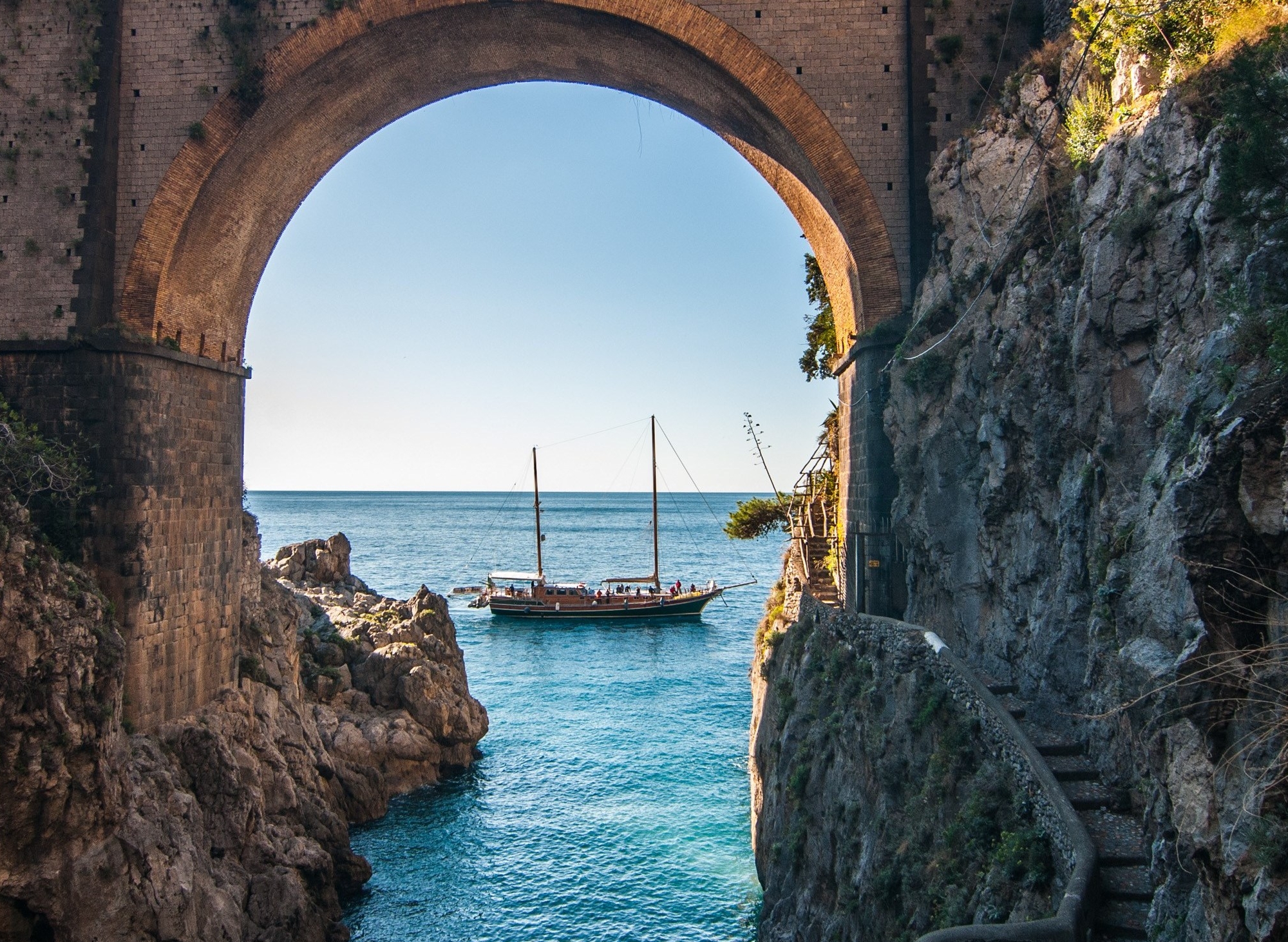 Rome? Been there. Venice? Done that. Florence? Bought the statue-of-David postcard. While this triumvirate of tourist destinations is a must-do for any first-time visitor to Italy, many of the country’s greatest charms can only be experienced in small Italian villages—places where you can slip away from the crowds, wander down deserted cobblestone lanes, and get a first-hand look at how the locals live.

The following secret Italian villages are scattered all over the country, from the mountains of the north to the sun-soaked islands in the south. The famed Italian villages of Cinque Terre have become so congested in recent years that local authorities have considered limiting visitor access. Luckily, there’s an equally charming—but much less crowded—alternative just a few miles down the Ligurian coast.

You won’t find any major sights in the fishing village of Tellaro, but its pastel-coloured buildings, narrow cobblestone streets, and sweeping sea views offer their own simple pleasures.

Where to stay: The four comfortable guest rooms at Le Sirene Tellaro offer sea views. Breakfast and parking are included in the nightly rates. Nicknamed Little Jerusalem, the medieval hill town of Pitigliano was once home to a large Jewish community that settled there in the 16th century. While Pitigliano’s Jews were nearly all gone by the mid-20th century—due mostly to migration for economic reasons but also due to persecution by the Nazis—you can still tour the old Jewish ghetto, which includes a restored synagogue, traditional bread ovens, and a small museum.

Also worth seeing are Palazzo Orsini, a 14th-century fortress that houses a collection of historical artefacts; and Vie Cave, a walking path to a series of Etruscan caves.

Where to stay: If you’ve ever wanted to experience life on a Tuscan farm, book a stay at Agriturismo Poggio Al Tufo, about six miles from Pitigliano. Surrounded by vineyards, the property features an outdoor pool and a restaurant. Encompassing just 1.6 square miles, Procida is the smallest island in the Bay of Naples, and visitors often bypass it in their rush to see nearby Capri and Ischia. But if you prefer your villages in Italy sans crowds, consider hopping on the Procida ferry from Naples.

With its vibrantly coloured buildings overlooking a picture-perfect harbour, the island is a photographer’s dream. Climb to the Terra Murata, the highest and oldest point on the island, where you’ll find crumbling ruins and magnificent views.

Where to stay: The 11-room Albergo La Vigna has a wine bar serving varietals from its own vineyards. One room even features art by a local Procida artist. What would Venice look like if it were still a traditional fishing port, without the massive cruise ships and teeming tourist crowds? It might look a little something like Chioggia. Accessible by ferry and bus from Venice, Chioggia is built around canals the way Venice is, but it offers a humbler and slower way of life.

Get there early to visit its traditional fish market, then wander through its water-lined streets and stop for lunch at one of its many excellent seafood restaurants.

Where to stay: Hotel Grande Italia has been hosting travellers in the heart of Chioggia for more than 100 years. Rooms are comfortable and modern, with air-conditioning and free Wi-Fi. As you walk through Locorotondo, you’ll constantly be reaching for your camera to snap pictures of pink and red geraniums spilling out of window boxes against whitewashed walls.

One of several white hill towns in this part of Puglia, Locorotondo’s skyline is dominated by the Chiesa Madre San Giorgio, a cathedral whose dome and tower you can see as you approach the town from the valley below. Don’t forget to sample the area’s famous white wine.

Where to stay: You can stay in your own little trullo (a cone-roofed house typical of the region) at Leonardo Trulli Resort. Inside are exposed stone walls; outside is a lawn with loungers where you can relax. Located about two hours from Rome by train, Viterbo has a walled medieval core that’s perfect for strolling. The town was once the papal seat back in the 13th century, and you can still visit the impressive Palazzo dei Papi in the historic centre.

But be sure to make time for one of Viterbo’s most relaxing attractions: its thermal baths, which have been enjoyed for centuries by locals and visitors alike.

Where to stay: Past guests of B&B Medieval House rave about the property’s central location and friendly host. The carefully restored historic building features exposed stone walls and wooden beams in the guest rooms. Noto’s elegant baroque churches and palaces were built in the aftermath of an earthquake that levelled the original town in 1693.

An ideal day in Noto involves strolling the streets, admiring the cream-coloured architecture, and treating yourself to a sweet treat from one of the historic centre’s many ice cream parlours. Got some extra time? Relax on the region’s golden sand beaches.

Where to stay: The stylish Gagliardi Boutique Hotel is located in a restored palazzo in Noto’s old town. On sunny days you can relax on the rooftop bar and terrace. Located near Turin, this is one of the rare Italian towns that see relatively few tourists—but those who do visit get to enjoy Saluzzo’s handsome historic centre and views over the nearby Alps.

Don’t miss the Casa Cavassa, with its colourful frescoes and antique furniture, or the tranquil botanical garden at Villa Bricherasio.

Where to stay: San Giovanni Resort Hotel offers 13 rooms in a restored monastery dating back to the 15th century. Don’t miss a stroll through the gardens in the former cloister. Escape the crowds in Assisi with a visit to one of the region’s less-travelled Italian villages. Spello is just a 15-minute drive from Assisi but feels a world away as you explore its well-preserved Roman walls and quiet churches.

Spello is also known for a unique cultural event called Le Infiorate, a late-spring festival in which murals made of flower petals are laid out throughout the town’s streets and piazzas.

Where to stay: Once a medieval fort, then a hunting lodge, Agriturismo Il Bastione is now an elegant place to stay just outside of Spello. The grounds have inviting places to unwind, including nature trails and a pool. This riverfront town in western Sardinia is distinguished by a jumble of hillside houses painted every colour of the rainbow, with a 12th-century castle looming above.

Visitors can enjoy seafood or drinks on an outdoor terrace, snap photos of boats along the waterfront, and ramble down narrow alleys where laundry hangs out to dry overhead.

Where to stay: Located within walking distance of the centre of Bosa, Palazzo Sa Pischedda offers art nouveau-style rooms, some with original fresco paintings. Take time for the uphill climb to the Sabiona Monastery, one of the region’s most important historical sites.

Where to stay: You can enjoy mountain views, hiking trails, tennis courts, a sauna, and three swimming pools at Hotel Gnollhof.